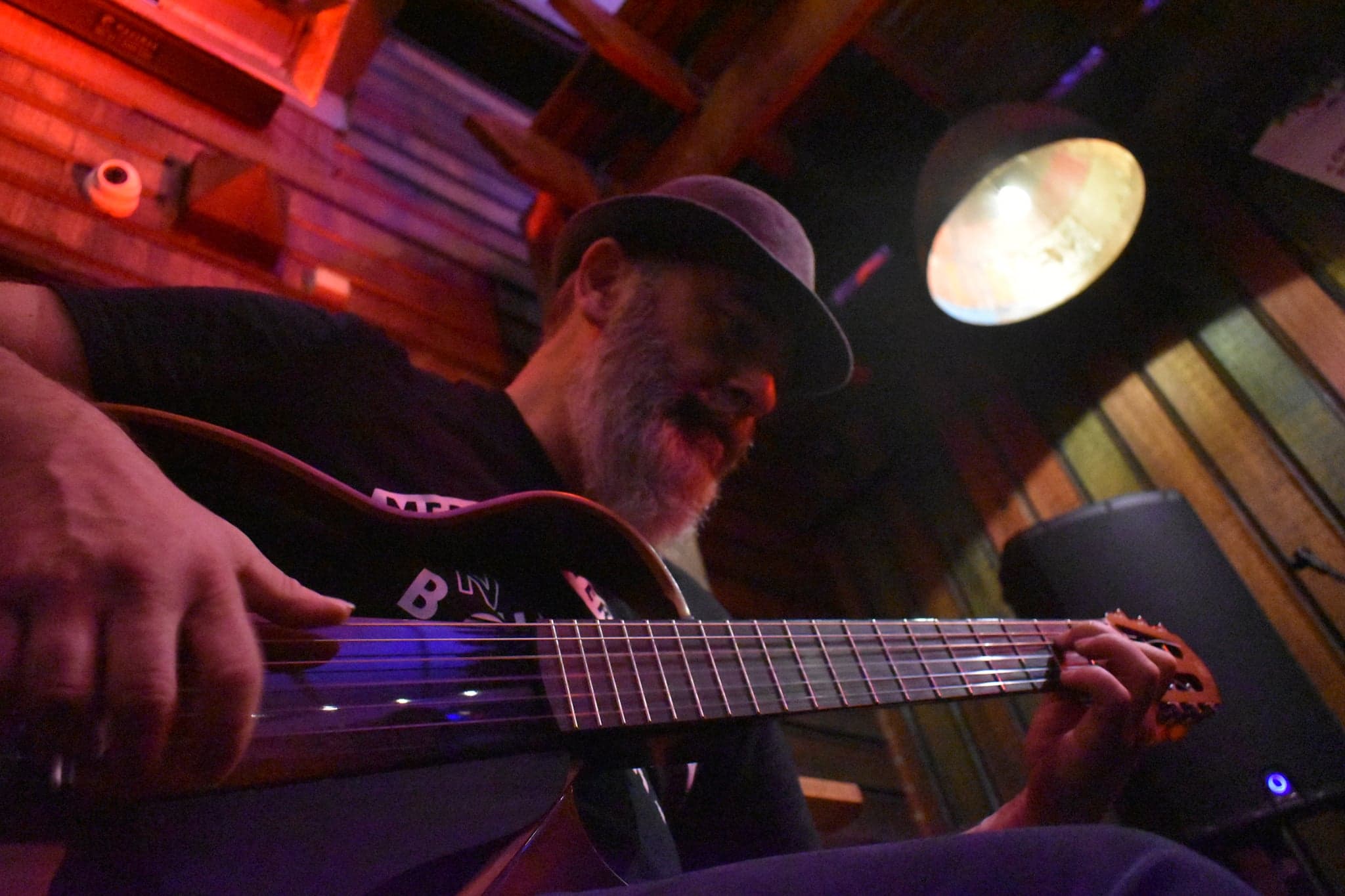 His music captures the warmth and passion of the Southern European lands, taking elements from jazz, classical, folk and popular music. The exemplary guitar playing, something between melodious picking and rhythmic percussive, brings forth much of the flavour of this watery blob that has occupied so much of our history. The general impression is aggressive and experimental. He adds a lot of influences into his tunes but it always sounds somehow rooted in the Mediterranean, yet with a unique flavour to it.

We suppose one could call this original mediterranean, A-vanguard, contemporary folk music in the strictest sense of the word. With this mixture of different musical inspirations he creates his own personal and highly melodious style.

Rosario has performed live as well as for national TV and radio. He has released a number of CDs, including “Light and Shadows”,“Roots” and “Intuition”. Successful performances include as support act for Omara Portuendo (Buena Vista Social Club), and Ladysmith Black Mambazo at the Melbourne Concert Hall

Rosario’s ambitious and passionate desire to broaden and to extend his musical inspiration brought him to the idea of the United World Music project. Performing his own composition live with leading Jazz musicians, the U.W.M. project combines Mediterranean sounds with other musical styles and utilises different instruments (guitar, drums, bass, percussions, saxophone, voice…), producing highly exotic harmonies and passionate melodies.